Save Settings
Accept All

Glyn Hopkin Nissan in Chelmsford joined an elite band of Nissan outlets worldwide when it won its first Nissan Global Award in 2013.

The honour, which is bestowed by Nissan Chairman and CEO Carlos Ghosn, is reserved for only the very best dealerships and only around 160 are presented globally each year. This year only three were made in the UK.

Last year the Bilton Road dealership became one of only a handful to win the award twice.

A delighted Fraser Cohen, Managing Director at Glyn Hopkin, said: “To win the first Global Award was a great achievement and one we are still very proud of.

“Then, when we won the second we were blown away. We really wanted to try and get the hat-trick but thought it was going to be incredibly difficult.

“The fact we achieved it is amazing.”

He added: “Consistently high standards has been the key to Chelmsford’s success and it underlines the reason why, as a group, we are committed to recruiting, developing and retaining the best people.

“We want our staff to stay and grow with us and for them to have a career with us rather than just a job. As a result we have a number of long serving and very experienced staff at Chelmsford and that’s reflected in the dealership’s success.

“Hopefully we can now make it four awards in a row!”

“So, for Glyn Hopkin Chelmsford to have won this award three years on the trot – a feat we believe to be a world first – is absolutely incredible and testament to the hard work and dedication of the whole team at the dealership and the group and the quality of customer care they offer.” 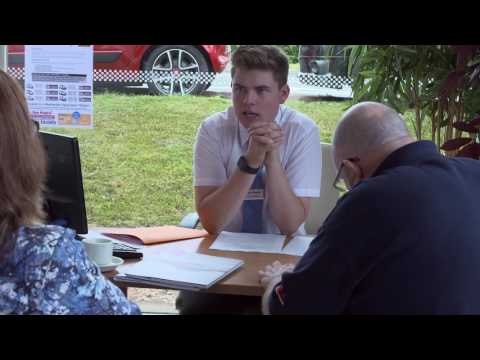 For more information about our Nissan range and to arrange your test drive, visit our Nissan dealerships in Bedford, Bishop's Stortford, Buckhurst Hill, Cambridge, Chelmsford, Colchester, East London, North London, Ipswich, Milton Keynes, Romford, St. Albans, Watford and Waltham Abbey, or contact us using the buttons above for a call back.

You could say it was the vehicle that started a...

View All News
More News
Company Info
Back to Top

Nissan Romford, 279-289 London Road, Romford, United Kingdom, RM7 9NP
Reg Office: Head Office: Glyn Hopkin Romford, 279-289 London Road, Romford, Essex, England, RM7 9NP Reg Office: Glyn Hopkin Ltd, 10 Queen Street Place, London, EC4R 1AG
Reg. Company Number: 2756516
VAT Reg. No. 597406403
Glyn Hopkin Limited is an appointed representative of ITC Compliance Limited which is authorised and regulated by the Financial Conduct Authority (their registration number is 313486). Permitted activities include advising on and arranging general insurance contracts and acting as a credit broker not a lender. We can introduce you to a limited number of finance providers. We do not charge fees for our Consumer Credit services. We may receive a payment(s) or other benefits from finance providers should you decide to enter into an agreement with them, typically either a fixed fee or a fixed percentage of the amount you borrow. The payment we receive may vary between finance providers and product types. The payment received does not impact the finance rate offered. All finance applications are subject to status, terms and conditions apply, UK residents only, 18’s or over, Guarantees may be required.
Back
Vehicle Valuation
Compare Saved Vehicles
Top
Close