Save Settings
Accept All

The aim of the design is in the notion of providing drivers with a choice to eliminate the distractions caused by the constant flow of incoming messages, social media / app notifications and outgoing cellular, Bluetooth and Wi-Fi connections. The concept sets out to promote a ‘digital detox’ motive and a commute free of incoming electromagnetic signals via the ‘Faraday cage’ lined into the armrest of the acclaimed Nissan Juke crossover. This enclosure is combined of a conductive material called, ‘wire mesh’ essentially blocking any incoming alerts.

A study conducted in the U.S representative of over 1,000 drivers in 2014 revealed that 98% were in agreement of the dangers linked to texting whilst driving. Furthermore, 74% claimed they have done so with 30% saying it is ‘simply a habit’ because they are so used to being connected to their phone.

Dr Greenfield, founder of The Centre for Internet and Technology Addiction at The University of Connecticut, commented at the time of publication: “We compulsively check our phones because every time we get an update through text, email or social media, we experience an elevation of dopamine, which is neurochemical in the brain that makes us feel happy. If that desire for a dopamine fix leads us to check our phones while we’re driving, a simple text can turn deadly.”

Alex Smith – Managing Director, Nissan Motor GB Ltd reported: “Nissan produces some of the safest cars on the road today, but we are always looking at new ways to improve the wellbeing of our customers. Mobile phone use at the wheel is a growing concern across the automotive industry, and indeed society, particularly with the high number of ‘pushed’ communications, such as texts, social media notifications and app alerts that tempt drivers to reach for their devices.

The UK recently introduced stricter penalties in 2017 for drivers caught using a device behind the wheel – six penalty points and a £200 fine. 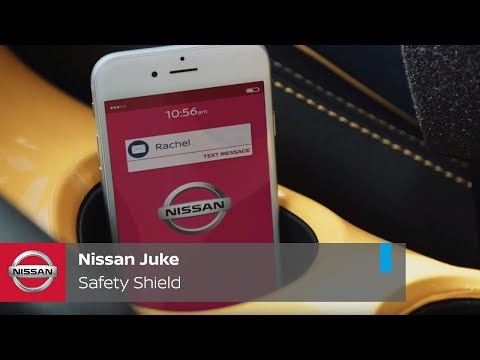 You could say it was the vehicle that started a...

View All News
More News
Company Info
Back to Top

Nissan Romford, 279-289 London Road, Romford, United Kingdom, RM7 9NP
Reg Office: Head Office: Glyn Hopkin Romford, 279-289 London Road, Romford, Essex, England, RM7 9NP Reg Office: Glyn Hopkin Ltd, 10 Queen Street Place, London, EC4R 1AG
Reg. Company Number: 2756516
VAT Reg. No. 597406403
Glyn Hopkin Limited is an appointed representative of ITC Compliance Limited which is authorised and regulated by the Financial Conduct Authority (their registration number is 313486). Permitted activities include advising on and arranging general insurance contracts and acting as a credit broker not a lender. We can introduce you to a limited number of finance providers. We do not charge fees for our Consumer Credit services. We may receive a payment(s) or other benefits from finance providers should you decide to enter into an agreement with them, typically either a fixed fee or a fixed percentage of the amount you borrow. The payment we receive may vary between finance providers and product types. The payment received does not impact the finance rate offered. All finance applications are subject to status, terms and conditions apply, UK residents only, 18’s or over, Guarantees may be required.
Back
Vehicle Valuation
Compare Saved Vehicles
Top
Close