At 79 years-old Rosemary Smith has established that age is just a number as she fulfils lifelong dream of driving a Renault Sport Formula One™ Team car.

Rosemary is known for competing in some of the most iconic rallies around the world, including the 1965 victory at the famous Tulip Rally. This achievement not only made an impression in the motorsport world but also Hollywood, with Elizabeth Taylor and Richard Burton sending her a huge bouquet and congratulatory letter.

Speaking of the experience, Rosemary commented: “Driving an 800bhp car is something I, like many other racers, have always dreamt of but I didn’t think I’d ever have the opportunity to do it, so when the team at Renault UK contacted me I jumped at the chance. It was definitely very different to the rally cars I’m used to but was an amazing experience.” Rosemary also said: It just goes to show that anyone can fulfil their dreams at any age if they put their mind to it and always follow their passion.”

Executive Creative Director at Publicis London, Renault’s advertising agency – Dave Monk who created the campaign, said: “It’s not very often you unearth a story like Rosemary’s, she’s a remarkable woman, a tremendous athlete, and embodies the kind of passion for life we can all learn a lesson or two from. I think this piece of work with resonate with hearts and petrol heads alike.” 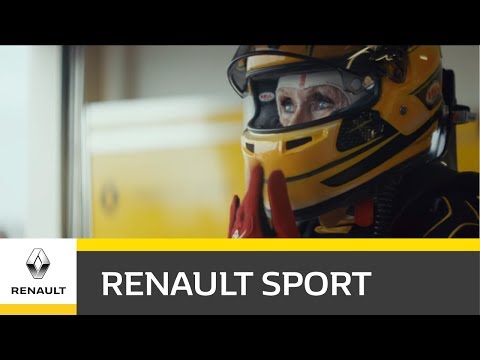 Groupe Renault has scooped a quartet of awards in...
View All News
More News
Company Info
Back to Top

6 Bilton Road, Chelmsford, United Kingdom, CM1 2UP
Reg Office: Head Office: Glyn Hopkin Romford, 279-289 London Road, Romford, Essex, England, RM7 9NP Reg Office: Glyn Hopkin Ltd, 10 Queen Street Place, London, EC4R 1AG
Reg. Company Number: 2756516
VAT Reg. No. 597406403
Glyn Hopkin Limited is an appointed representative of ITC Compliance Limited which is authorised and regulated by the Financial Conduct Authority (their registration number is 313486). Permitted activities include advising on and arranging general insurance contracts and acting as a credit broker not a lender. We can introduce you to a limited number of finance providers. We do not charge fees for our Consumer Credit services. We may receive a payment(s) or other benefits from finance providers should you decide to enter into an agreement with them, typically either a fixed fee or a fixed percentage of the amount you borrow. The payment we receive may vary between finance providers and product types. The payment received does not impact the finance rate offered. All finance applications are subject to status, terms and conditions apply, UK residents only, 18’s or over, Guarantees may be required.
Back
Vehicle Valuation
Compare Saved Vehicles
Top
Close